A big “Thank you” to all who came out to KT Magic to see the Cody Nottingham lecture!  It was great to see everyone and welcome our newest members!

We are having our auction on Saturday,  April 28th at the Amberley Village Community room  and would like to have more sellers. I would like to have a list of who will be selling by April 21st.   Please see below for more information.

We  also need  three members to perform for our War of Wizards Contest at our annual picnic on June tenth. Each act should be eight to ten minutes long. Let me know if you are interested by May 1st. Reply to me at hartzelp@fuse.net.  You can also reach me by calling  679-1607.

Upcoming events for the remainder of the year:

Cody Nottingham lectured for Ring 71 on March 28, 2018 in a room packed with over thirty-five  members and guests.  President Pat Hartzel opened the evening by welcoming guests  and announcing our upcoming events. These include the Magic Auction will be held on Saturday April 28th, the Tom Vorjohan lecture and elections on May 25th,  and  the picnic on Sunday, June 10th.

Attendees were encouraged to register for the 2018 IBM Convention to be held in Grand Rapids, Michigan.  Pat Hartzel provided the status of club finances, and mentioned that a portion of the monies in the checking account will be used to open certificates of deposit.

Sir Pat-Trick Thernes introduced our lecturer, Cody Nottingham.  Cody is a member of the Lexington IBM Ring, and has been a consultant for Penguin Magic, The Illusionists, and Eric Jones.

Cody explained that he creates simple gimmicks and easy-to-perform routines by taking complex ideas and breaking the concepts down into simple key components, often using basic sleight of hand techniques.

Cody opened his lecture with several mind reading routines.   He first demonstrated a prediction of a number, often used as an icebreaker opener to an ambitious card routine.  His next mind reading effect involved a volunteer writing down information on a stack of business cards which were then placed in an envelope; Cody successfully determined the information and explained his method.  He also explained how to use friction pens to mark backs of cards for additional effects.  In another routine, Cody demonstrated and explained the use of gimmicked envelopes to peek at prediction cards that were placed inside the envelopes.  He then demonstrated how to use a calculator from a borrowed phone, to perform a series of mathematical calculations and obtain a forced prediction number result.

In his next demonstration, which was well received by the audience, Cody had a volunteer select a card, which he shuffled into the deck, and after a series of moves, the selected card appeared upside down in the deck.  Cody explained methods to change both the placement and direction of the card.  He included both swivel and biddle movements to achieve this effect.

Cody also demonstrated:
·    how to borrow a dollar bill, and manipulate it in a special manner during the folding process, to enable reading of the serial number;
·    preparing a playing card to enable performing a close-up impromptu card levitation;
·     his version of Goodwin’s 4 queen routine which appears to change face-up Queens into face-down Queens;
·    borrowed ring finger penetration and transposition using faster-than-the-eye-can-see moves;
·     Methods to force a card and have the “selected” card appear upside down inside a deck;
·      Easy to perform color changing card;
·      Card through window;
·      Pen through dollar bill without using a gimmicked pen.

Many of the demonstrated effects were further explained on DVDs which were available for sale at the end of the lecture.  Following the lecture, many of the attendees adjourned to a local restaurant for late night dining and more magical discussions. 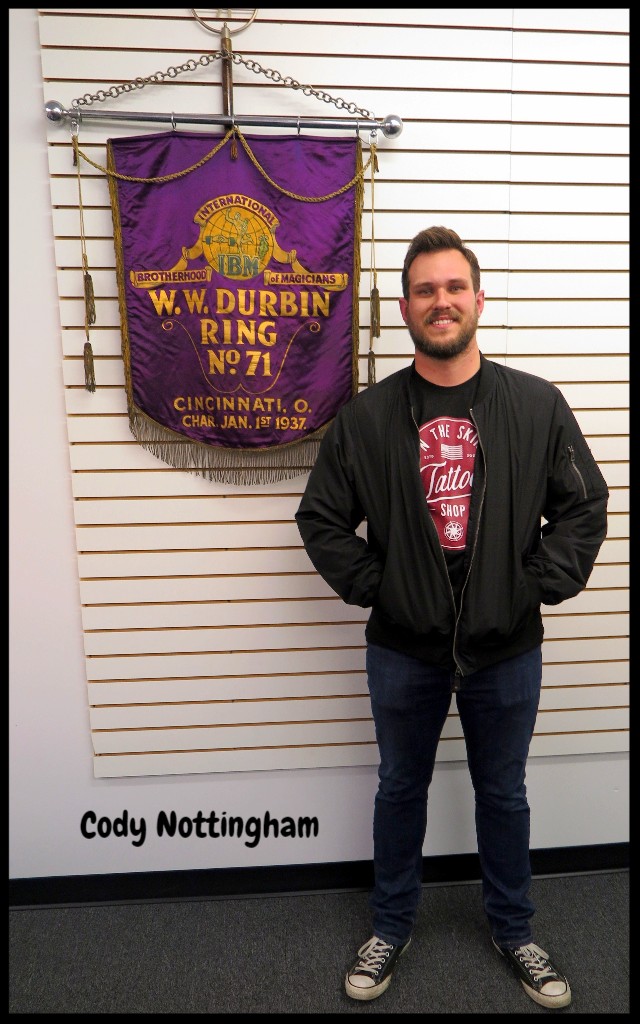 The Magic Auction returns to the Ring! President  Pat Hartzel would like to have a list of who will be selling by April 21st. Please contact him so he may email you a spreadsheet (example below).

Each seller will have to opportunity to list up to twenty items to be sold on the first round.   Sellers having more than twenty items will need to have a second list starting with items twenty-one and up to go on to round two.  Ten percent of the sales will benefit Ring #71.  There will be a $5.00 fee for a buyer’s number at the door.  Set up for sellers will start at 11 AM, with the Auction starting at noon.  We do need to be out of the room by 5 pm., so we will be wrapping things up around 4pm.  Walk-in sellers on the day of the auction will not be accepted.   Please contact  Pat Hartzel for a seller’s spreadsheet, or call him with any questions.

The Auction will be now be held in the Community Room of the Amberley Village Municipal Building, 7149 Ridge Road, Cincinnati, OH 45237.  The entrance is in the back of the building on the lower level.  There is plenty of parking and is easily accessible from Interstates 71, 75 and Ronald Reagan Highway. 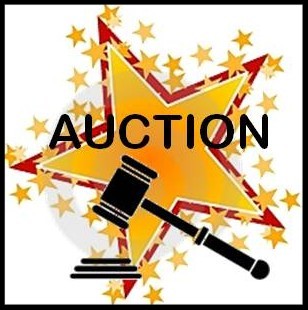 Before our May 25th lecture, we will be having elections.  If you would like to serve on the board (three positions are up) or be an officer, please let  Mark Wiechman  know that you are interested.  The nominating committee has  put forth their candidates for the 2018-2019 year.  The slate is as follows:

KT Magic will then be hosting our lecture by none other than Tom Vorjohan.
Tom is a native of Cincinnati where he started doing magic by hanging out with Bill Pryor at his “MagiCorner” twice a week starting in the 6th grade. Tom was active with the Counts of Conjuring, and then his chosen career path of being an engineer took him away. “This is indeed an honor,” Tom said about being asked to lecture to the Cincinnati Ring.

While in college in Terre Haute, Indiana, Tom began working once a month with the Jimmy Trimble Assembly at a restaurant called “Deli on the Green,” and this led to his first weekly restaurant gig at another establishment. That was 1985, and he has been working at one or more restaurants every week ever since! This includes restaurants in Dallas, Cincinnati, Evansville, and now Knoxville. He even had an opportunity to work at “Illusions” restaurant in Carmel, Indiana on several occasions. Although he didn’t move to Boca Raton, Florida, one of his favorite quotes comes from Bill Malone who said, “I’ve looked at 41 videos of people doing restaurant magic, and you are the only one who gets it.” Mr. Malone went on to tell Tom that it’s all about making people have fun and want to stay…and to come back.

This is a message that comes across in Tom’s restaurant magic lectures: strong magic plus great interactions equals fun times for all ages! Tom holds nothing back from his 33 years of experience working in restaurants. The lecture notes are nearly a hundred pages long and include everything from how to get started, when to work, why to do table hopping, and what restaurants to look at…up to how much to charge and how to pitch the concept of having a “house magician” to the management. Tom’s geeky side shines through because he actually has a formula you can use for determining how to charge. (Many have said this one piece of knowledge alone is worth their time to come to the lecture!)

This information is great, but the bulk of the lecture is about the magic. Tom has developed a style of hard-hitting magic that is ideal for family restaurants. In a typical night, Tom will bounce from a table of grandparents to several tables with parents and a couple kids and maybe even a young couple out on a date. “The Approach” is critical and the way that Tom engages an entire family (from the dad who is worried if this is going to cost him money to the teenager who would rather be texting to the over-active seven-year-old and his protective mother) so that everyone has fun and wants to come back.

There are a variety of other effects covered depending on the interests as well as the interest level of the audience. Tom’s version of his Chop Cup routine is a great example of what Tom will discuss about a “Kamikaze” magic style. His Bill Change routine is one that you will not ever see again.

In addition, Tom will discuss the “power of latex” and using balloons in the restaurant to make the place seem like a party. While Tom is a three-time award-winning balloon artist, he very strategically uses his balloon talents in the restaurants to again get people to want to come back.

If you can get Tom to shut up and go home after a couple hours, you will be lucky. He has 33 years of experience working in the restaurants – with the managers and servers – and he has load of information (albeit “wisdom” some might say) to share during this lecture. Like his performances, Tom promises lots of fun as well as some great magic! 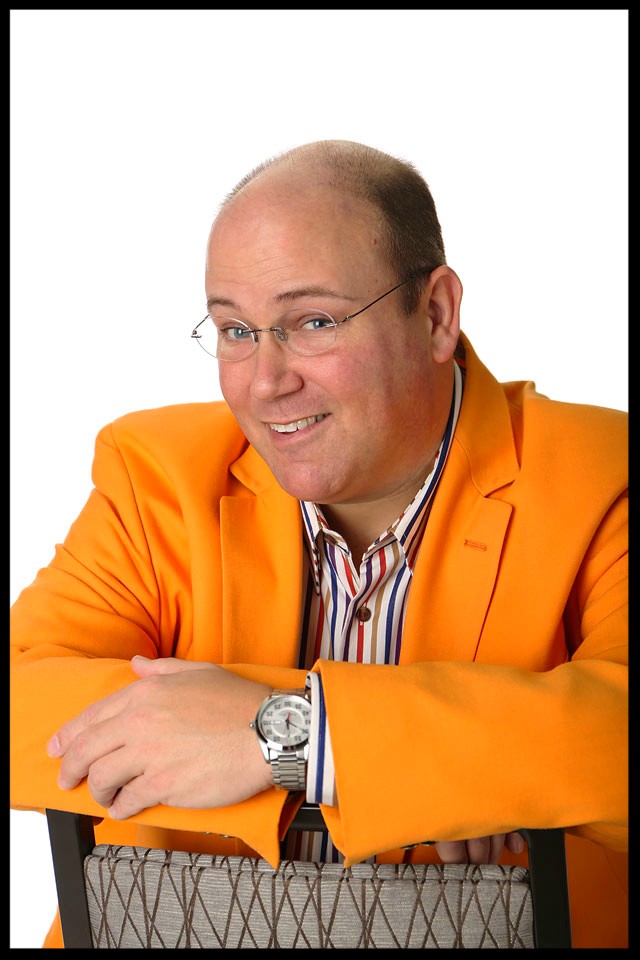 Sunday, June 10th-IBM/SAM Combined Picnic
Our annual combined picnic will be taking place on Sunday, June 10th. We are bringing back the “The War of the Wizards” contest, which is always a fun event!  The IBM is seeking performers to compete against the SAM.  Brush up on your routines and get ready to wow them so the IBM can bring home the win!  Please let President Pat Hartzel know you are ready to go for the gold!

IBM RING #71 AND SAM ASSEMBLY #11 COMBINED ANNUAL PICNIC
SUNDAY, JUNE 10TH
@Ken Klosterman’s – Langsem Farm
6600 Smith Road
Loveland, OH 45140
Come join your fellow magi for an afternoon of food, fun and magic!
SCHEDULE OF EVENTS
Social hour-2 to 3 pm. Flea market will be open!
Awards by each club at 3 pm. Dinner at 4 pm.
After dinner we will have the War of the Wizards!
MENU by Jack’s Catering
Hot Dogs, bratwurst, mettwurst, hamburgers, Italian sausage, cheeseburgers, black bean veggie burgers, sliced American cheese, relish, mustard , catsup, mayo, potato salad, creamy style cole slaw, fresh pasta salad, macaroni salad, hot baked beans, ripe sliced tomatoes, sweet onions & shredded lettuce, sauteed green peppers, onions, mushrooms and hot sauerkraut for toppings.
The clubs will provide the drinks, desserts, chips, pretzel, and popcorn. All this for $15 per person. Sorry, no children under 14 allowed.
Payment required at time of reservation. Reservations must be made by Friday, May 25th, as we need to give a count to the caterer.
Please either pay at our April Auction, May meeting or by mail.
Mail check payable to IBM RING #71 and send reservations to: Pat Hartzel, 1617 Marilyn Lane, Cincinnati, OH 45231